I always felt kind of sorry for Shavuot, because if you were to poll the average Jew on the street and ask for the three major Jewish holidays, I’d imagine you’d get Rosh Hashanah, Chanukah, and Passover. Yom Kippur might make its way in, with some hesitation about whether it is indeed a holiday. Shavuot would be the forgotten holiday.

But actually, of those three, only one is correct. Only Passover is considered a Major Holiday. See, Judaism has five Biblical holidays, and two minor holidays which were ordained later in history – and of the five Biblical ones, three are called Pilgrimage Festivals. What that means is that the Jewish people, when they all lived in the land of Israel, would all journey to the Holy Temple in Jerusalem three times a year to celebrate and pay homage.

I’m not quite sure how Shavuot got pushed to the bottom of the bin in our national consciousness, but let’s make that right. Let’s talk about Shavuot.

In order to talk about Shavuot, we have to reference back to Passover. See, they’re connected. They’re only seven weeks apart and that’s no coincidence. Passover, if you will, is like the “engagement” between God and His beloved Jewish people. God chose us, took us out of Egypt, and made us His nation. Then, for seven weeks, we prepared for the next stage in our relationship – the wedding (don’t try the 7-week engagement thing at home, you’re welcome).

What, then, was the wedding between God and the Jewish people? That would be Shavuot – that day over 3000 years ago when God gave us the Torah at Sinai, like a ketubah, the Jewish marriage contract, and we lovingly and joyfully accepted it, bonding ourselves to this relationship forever.

There is a little-known mitzvah to verbally count down this seven-week period between Passover and Shavuot, much like a bride would count down to her own wedding. This period is punctuated with emotional and ethical preparation for the momentous day. We want to make sure everything is in order, that all is perfect!

Perhaps this is why Shavuot has become the forgotten holiday – its work is mainly internal, with very few props and ceremony. Rosh Hashanah has its shofar; Chanukah its menorah; Purim its food packages, megillah and costumes; Passover its matza and the Seder. Even Sukkot, another neglected holiday, has a lulav, etrog, and sukkah huts for tangible effect. Shavuot has nothing.

A relationship with another being, whether human or divine, is mainly a private affair that governs most powerfully where no one else can see. The wedding of the Jewish people and God took place before 3 million people with Sinai as its chuppah, with the Torah as its ketubah, but an anniversary isn’t about its public face, or what’s posted on Facebook or Instagram. The real barometer of a relationship is what happens in private.

On the Momentum trips, we talk about God – not always a comfortable subject. We share sources and texts, and we share our own meaningful relationships with a loving God who oversees this vast universe and gently handles our life’s journey while giving us space and love to find our own path.

But we never legislate what any individual must do with that relationship, or even with the struggle with it. That, my friends, is a private affair. Maybe that’s why Shavuot is a more private holiday. I invite you, then, to reconsider a celebration of this holiday – a re-examination of what a relationship with God, a re-commitment to our national identity, means to you.

This holiday’s recipe is from Nikki Shapiro, a Momentum sister and Community Leader who lives in Ottawa, Canada. Shortly before Nikki’s mother died, her parents hosted a big party and served this delicious cheesecake. Years later, Nikki, who inherited her mother’s love of baking and entertaining, located this cherished recipe and surprised her whole family with the cheesecake. Since then, Nikki continues to serve it every Shavuot.

For the crust: Lightly butter inside of 9” springform pan with 2.75” sides. Combine crumbs, butter, and brown sugar I. A small bowl. Press crumb mixture over bottom and one inch up sides of the pan. Refrigerate crust.

For the filling: Using an electric mixer, beat cream cheese in large bowl until fluffy. Add sugar and beat until smooth. Beat on one egg at a time, mix in vanilla and lemon juice.

Pour filling into prepared crust. Bake until cake rises about 1/2” over rim and center moves only slightly when the pan is shaken about 1 hour and 15 minutes. Cool on rack. (cake will fall as it cools sinking in the center) Cicer and refrigerate until well chilled, at least 6 hours. (Can be made day ahead.)

For the topping: Heat sugar and water in a heavy medium saucepan over low heat, stirring until sugar dissolves. Increase heat and boil without stirring until mixture is a rich caramel color, occasionally swirling and washing down sides of the pan with a brush dipped into cold water, about 8 minutes. Reduce heat to very low. Add cream (mixture will bubble up) and stir until smooth. Mix in butter. Cool slightly. Mix in vanilla.

Using a sharp knife, cut around sides of pan to loosen cake. Release pan sides. Pour 2/3 cup of caramel sauce into the center of the cake. Cover remaining caramel sauce and let stand at room temperature. Chill cake until topping is almost set about 2 hours.

Whip 3/4 cup of cream with 2 tbsp of sugar in a medium bowl until firm peaks form. Spoon cream or pipe cream decoratively around edge of cake. Arrange toffee pieces in whipped border.

Cut into wedges and spoon extra caramel as a drizzle over each piece. 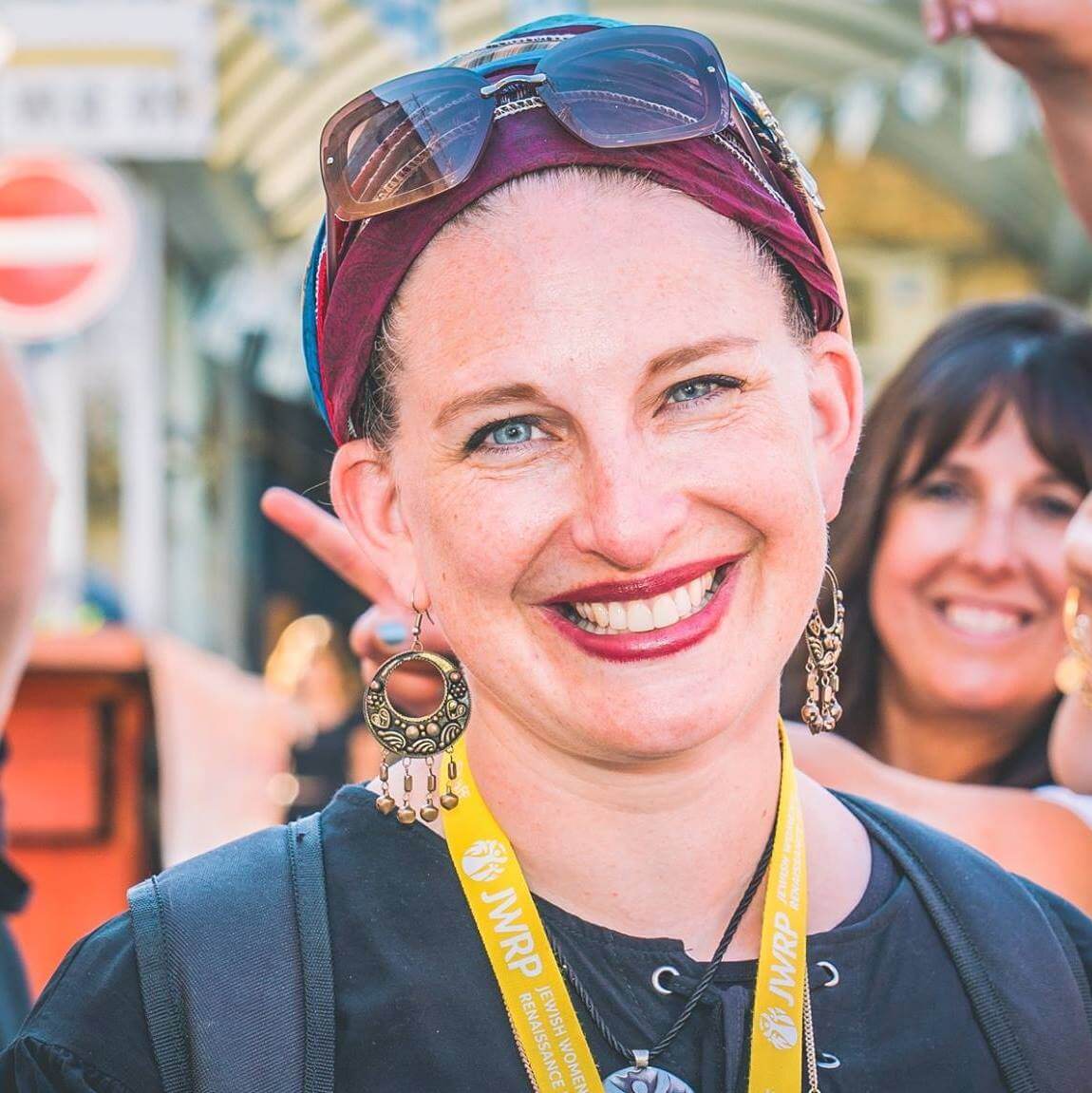 For Jewish mothers with children age 18* and under

Each woman receives a $3700 scholarship

*For 2021, applicants may have children ages 21 and under to participate