“Love thy neighbor, but don’t pull down your hedges.”

In the first article in this series, I shared some of the wisdom we can learn from the Hebrew letter, beit (ב). Our sages teach us that the letter beit sounds like bayit, the Hebrew word for house or home. It also looks like one, with a wall, roof, open door, and floor.

The beit cannot stand without its wall. No bayit can stand without walls, either. The metaphorical walls of our homes are our boundaries. Without healthy boundaries our families fall to pieces. Boundaries are our best allies when it comes to building truly joyful homes.  To quote Brene Brown, “Compassionate people are boundaried people… They say no when they need to, and when they say yes, they mean it.”

Debra: A Fear of Walls

A client of mine, Debra, was the queen of the open door policy. She never said no to anyone. Everyone was invited for meals, for advice, for endless financial and emotional support. She was leaned upon and loved by all.

Everyone agreed she was a pillar of the community. The only problem was that around that communal pillar, everything was secretly crumbling. Debra had developed two acute addictions: one was to painkillers and the other was to over-giving, which is what made her that communal pillar in the first place. She was physically depleted, in financial debt, and in denial. She cherished her role of being the over-giver, but it was destroying her home. Even more damaging than the addiction to painkillers was the addiction to over-giving.

Debra finally folded and reached out for therapy; an act in defiance against everything she had been raised to believe. Debra had grown up in a family where the ideal of gemilut hasadim, giving to others, was valued above all else. She believed that if giving was good, then over-giving must be even better, even though that inherited formula was failing her terribly. She was under-nourished, under-slept, and utterly unable to keep up the family tradition.

In therapy, we began a strict regimen of boundary-setting and self-care. The ability to say “no” is a muscle in need of healthy exercise, and hers was atrophied beyond recognition. She was going to need a radical re-education to help her understand: walls are not bad. They do not just disconnect you from others. They protect you. And even more, they actually do connect you – in healthy and sustainable ways.

Debra was understandably resistant. Even harder than giving up her painkillers, was giving up her over-giving. It was terrifying to relinquish her deeply ingrained and highly rewarded identity as the giver. But it was time to flex the “no” muscle and establish boundaries. No more weekly over-the-top Shabbat meals. No more gratuitous late-night favors for friends. No more exhausting herself so everyone else could relax. No more hiding the truth  from her family and friends about how unmanageable her life had become.

Establishing boundaries also meant more time for quiet introspection, more time to focus on her own neglected inner child: the one who was never allowed to say no. That inner child, with an abusive father and codependent mother, had learned to stifle her emotions and hide away her shortcomings. These coping mechanisms had helped her survive as a child, but now they were threatening her and her own children.

We spent time in our sessions together working to accept the unfathomable fact that walls were friends, not enemies. Remarkably, as the healthy boundaries were constructed, the addictions waned. Her family flourished. She was still a pillar of the community, but now, she was more like a wall, with healthy boundaries and strategies for healthy, controlled giving.

Stories like Debra’s abound. This business of setting healthy boundaries is genuinely confusing. Just look at all of our spiritual traditions and cultural norms that stress unbounded giving to others. When is the last time you heard a Jewish folktale about a pious mensch with rock-solid boundaries? Probably never. Yet walls built with healthy “nos” are what our homes and families need most. Of course giving to others is good, but not when it depletes you so entirely that you cannot give anymore. After all, the greatest good of all is balance.

There is a deep Jewish connection between motherhood and holding boundaries. It comes through in a poignant teaching about the Biblical character, Rachel, who is often called Rachel Emaynu, Rachel Our Mother. Our sages view her as the archetypal mother. In fact, the Jewish version of Mother’s Day is celebrated on the day of her passing, the 11th of the Hebrew month of Cheshvan. That date is the 41st day on the Jewish calendar.

In the Jewish wisdom of gematria – assigning numerical values to Hebrew letters, words, and names – it is said that when two words have the same numerical value, an essential connection is revealed. The numerical value of 41 is shared by two key Hebrew words – em, meaning mother, and gevul, meaning boundary. The Jewish ‘Mother’s Day’ on the 41st day of the year, thus links together the idea of motherhood and boundaries.

In another layer of connection, there is a famous prophecy about Rachel. Rachel is buried on the road outside of Jerusalem. It is said that from this place she sits and weeps for her children, Jews who were forced into exile after the destruction of the Holy Temple. As they were thrust from their homes, they walked on this very road past her grave.

The prophet Jeremiah writes, “A cry is heard, Rachel weeping for her children… Thus said the Lord: Restrain your voice from weeping, your eyes from shedding tears… there is hope for your future… Your children shall return to their borders.” (Jeremiah 31:14-17)

Remarkably, the word used here for ‘border’ is gevul, with its numerical value of 41.

When we interpret Jeremiah’s use of the word gevulam, borders, to mean psychological borders, his prophecy takes on new meaning. He seems to say, have hope, for there will be a day when our children will establish a sense of their boundaries. This is the archetypal soothing message to Rachel and all mothers after her.

One of our main tasks as mothers is thus to instill in our children and in ourselves a sense of healthy boundaries. Our goal is to build a home replete with strong walls and all they represent.

If your family is suffering from undue challenges, inspect your walls and boundaries. Are they too porous? Are you giving too much to others? Begin strengthening your boundaries and notice the positive impact on your home.

Trust Your Gut: When speaking with someone who is pushing your established boundary, notice how your body reacts. Do you feel pressured to do something you don’t really want to do? Do you clench your jaw, feel a rise in your heartbeat, or a tightness in your chest?

Honor your body’s cues and your emotions. Remember how it feels when your body reacts this way, and recognize the reaction the next time it happens. Your body is trying to tell you something crucial about just where your boundaries should be built.

Just Say No: All too often, we say yes to things we don’t actually want to do. Try the experiment of saying no instead. It may help to preface the no by saying something like, “I am working on creating healthy boundaries. I am not available to do this for you right now.” Your people will appreciate the honesty.

Are you breaching another’s boundaries? Think about any ways in which you are pushing through someone else’s walls. Ask the people in your life to be honest with you if you are pushing their boundaries. It might feel terrifying to open yourself to criticism, but I guarantee it will be met with appreciation and invaulable self-awareness.

In closing, we return to our guiding image of the letter beit as representative of the bayit, home. The letter beit (ב) is followed by the letter gimel (ג). Since the Hebrew alphabet is read from right to left, the open door of the beit opens up in the direction of the gimel. Gimel is said to be related to the concept of gemilut hasadim, giving to others with kindness. Giving too much of ourselves can lead to codependency, irresponsibility, and poor character. With no boundaries, our house crumbles. But once we have established our own beit with sturdy walls, then we able to offer true gemilut hasadim.

This article is the third in a series by Chaya Lester about building better families. Read the first and second. 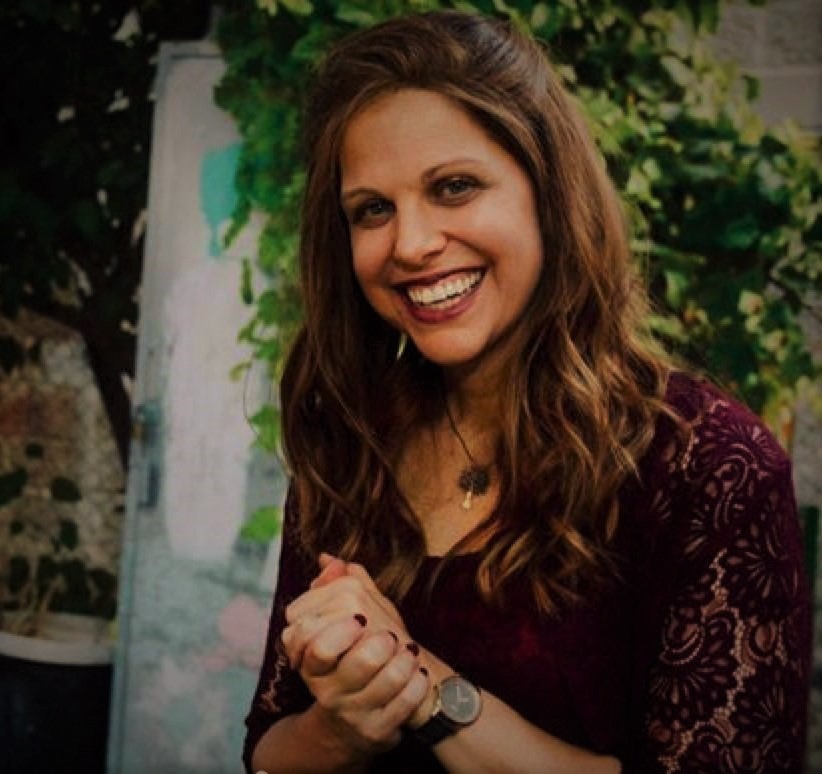