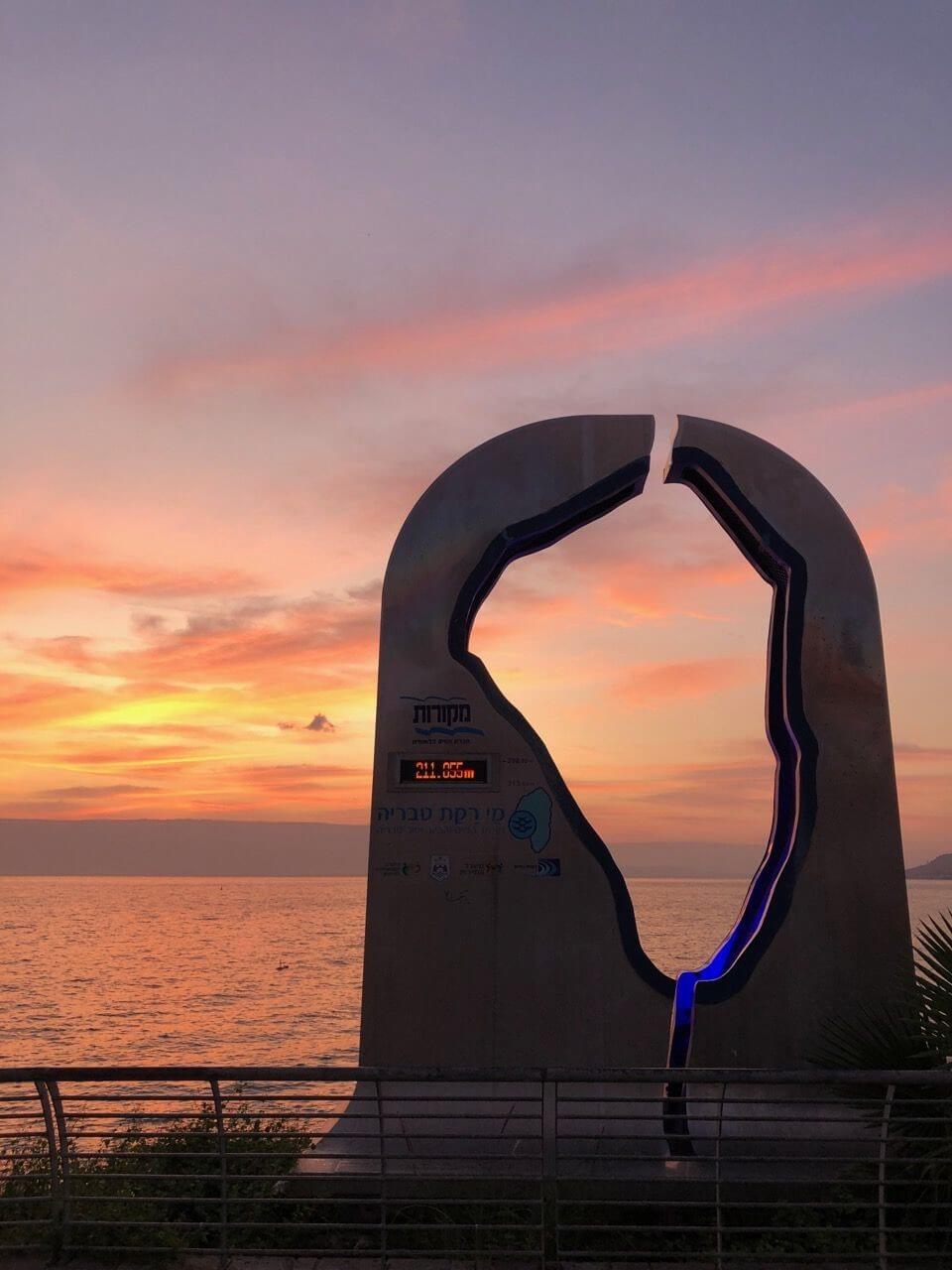 The greater concept of the day was family. We encountered in the extraordinary tour of the Mikveh, presented to us by the powerful later-in-life (19) convert to Orthodoxy, mother-of-8, Latin-American feminist (though she eschewed the word). Most of our group didn’t know anything about the Mikveh. I felt extraordinarily lucky in-the-moment to have had a very emotional experience in one during my conversion to Judaism five years ago. The facility was spectacular and handicapped-accessible. Still, the real showstopper was Nathalie, who managed to take a very foreign ancient practice and humanize the modern woman within it while using it as a moment of empowerment (www.aguafrescaparaelalma.com). 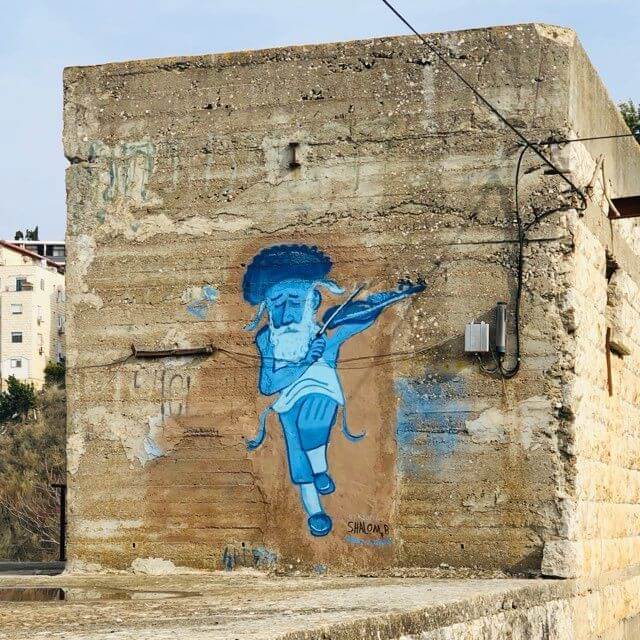 Today the sun rose on the Kineret (the Sea of Galilee in English), and off we drove to Tsfat, which is my favorite day on a grand tour of Israel, Tsfat is one of the four holy cities of Israel. I already knew this, but was reminded by our tour guide Shuli en route, after she recounted the story of Doña Garcia Nasi, a formidable 16th-century secretly-Jewish Spanish businesswoman who became an important figure in the Ottoman Empire and tried to found a Jewish National state after purchasing Tiberius 300 years before the official founding of the State of Israel. She is yet another female badass history that has been hidden until recently. The women of Momentum poured into Tsfat and were welcomed in abundance.

It’s a distinct and particular pleasure if you manage to be fleetingly alone on a trip with 200 people. After an intriguing tour of Tsfat’s Mikveh, we the 200 ambled through the complex labyrinth of cobblestone paths, chancing upon mystical art galleries, complex candle sculptures, ornate and hidden synagogues, tchotchkes and the wonderfully warm people of Tsfat.

Our morning began with a talk on Peace and Wholeness in the home or Shalom Bayit. We in the Bay Area also know this as a fantastic, local non-profit “fostering the social change and community response necessary to eradicate domestic violence in the Jewish community.” I am always a little uncomfortable when one assigns and utilizes traditional gender roles, attempting to place you and your loved ones in a categorized box – this particular system derived from the Torah (search for 10 Powers of the Soul by Rabbi Yoel Lock). However, it’s always important to acknowledge that the ones you love do not move through life the way you do and if you continually assume so, finding meaningful ways to love and support them will be much more difficult. 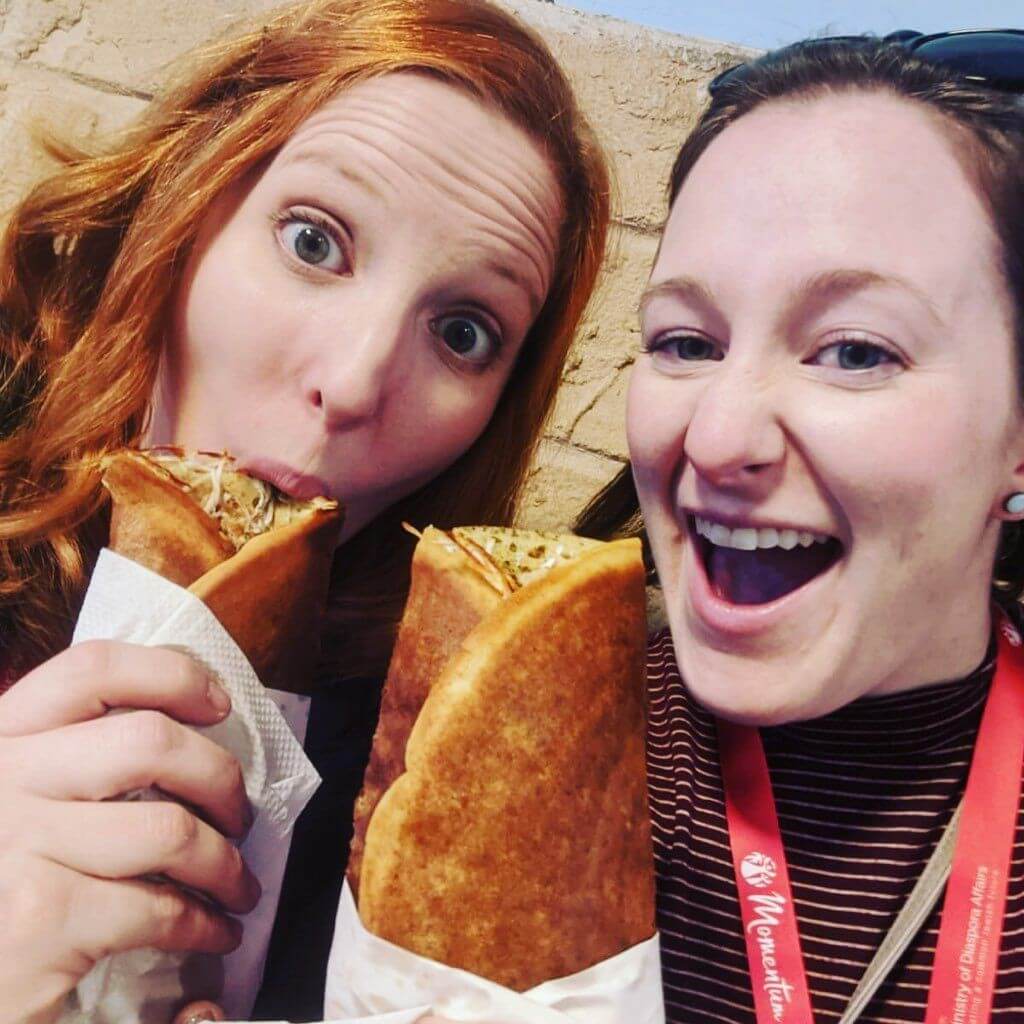 The first moment was an innocent ramble into a shop in search of a Havdalah set resulting in a 45-minute intimate conversation with a mother of two former New Yorkers who loved Broadway. She was very excited that I used to be part of that community. We bonded over our children’s’ love of Peppa Pig, the importance of traveling and communing with women, my conversion and re-discovery of my artistic self on the eve of turning 40, her visiting Rabbi Nachman’s grave in Ukraine, singing the crossing the bridge song we learned on the bus yesterday based on his quote about courage. The encounter ended with tears, hugs, Facebook friendship and the offer of a 10% discount. Don’t tell my husband I politely declined it. She realized immediately I was a convert.

The other was a lovely mini Kabbalist art lesson with David Friedman. I was introduced to David’s work two years ago when my husband and I visited Tsfat while taking part in a program called Honeymoon Israel. The trips’ itineraries are actually very similar to different lectures and programming hoping to result in the same lifelong connection with Israel and the establishment and growth of a personal Jewish community back home. I ran into two HMI groups outside of David’s studios and encouraged the “kids” from Chicago and LA to enjoy life before parenthood.

I happened to be one of only two visitors in the gallery at that particular moment, and I asked David what he was working on. He pulled out his latest series inspired by black holes and the number 11. He walked me through all the numerology. My mind was blown all over again as it was two years previously, and I truly felt part of this unique community, this Mishpacha. 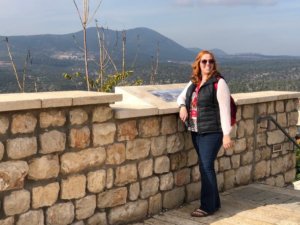 Tory Ross Roman is a former Broadway, TV and film actress, current full-time Mom of 4-year-old twins, and a part-time educator and philanthropic volunteer. Check her out on IG (@torytore) or at her website: ToryRossRoman.com